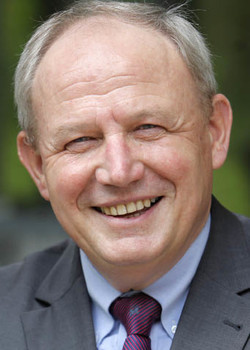 Board Member, Representative Member
Chairman of the Board
BNP Paribas Fortis

Herman Daems is Chair of the ECGI Board of Directors (since 21 September 2021).

Mr. Daems is also Chair of the Board of BNP Paribas Fortis (since 2009). He is emeritus professor at the Faculty of Economics and Management of K.U. Leuven and former Chair of the Board of Governors at KU Leuven (2012 - 2020). He has chaired the Belgian Corporate Governance Committee, which sets the governance code for boards of listed companies in Belgium. Mr. Daems was a member of the executive committee of the VBO/FEB, the Belgian employers association and holds several board positions. He received the hereditary title of Baron from his Majesty the King of Belgium in April 2014. His academic work focused on managerial hierarchies, business groups, the rise of the modern industrial enterprise in a comparative perspective and corporate strategy. He was a visiting professor at the Harvard Business School, UCLA, UC Davis, Groningen and IESE in Barcelona and held twice a Fullbright Fellowship.

PhD in Economics at KU Leuven

Insights from the Boardroom: Herman Daems on Corporate Governance, 24 Feb. 2020