HomepageBlog‘Responsible Capitalism’ and the China Conundrum
Follow the ECGI blog 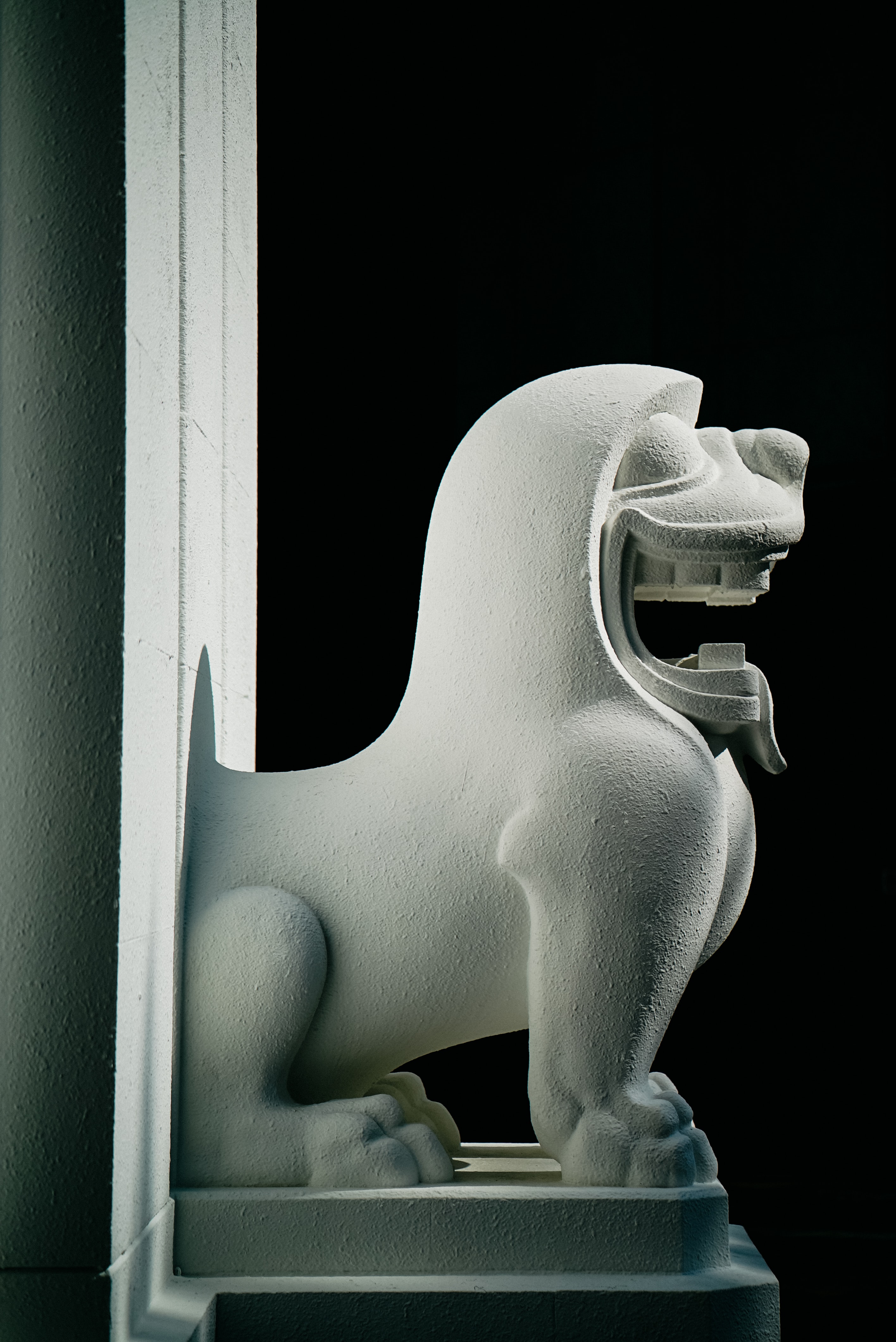 For two decades, the comforting response to the China conundrum was the assertion that engagement with China is not just good for business, it will hasten enhanced personal freedom and political empowerment

What does “responsible” capitalism require of investors and companies engaging with China today? China is the world’s second largest economy, a vast market for consumer goods, and a critical link in the global supply chain. China accounts for a significant share of the annual revenues of corporate giants such as Apple, Intel and Starbucks. Given the opportunities to profit from engagement with China, Milton Friedman’s fifty-year old essay provides a clear answer – engage! But China is also the world’s largest contributor to greenhouse gas emissions, governed by a repressive authoritarian regime that locks up its opponents, assiduously censors speech, and is engaged in a large-scale program of ethnic cleansing. Beijing has quashed democratic voices in Hong Kong with the imposition of a draconian National Security Law and is increasingly brazen in its threats to take Taiwan by force, if necessary. From this perspective, continued Western capitalist engagement with China looks considerably less responsible – particularly in an era of fascination with ESG issues in corporate governance and investment. (Compare Larry Fink’s annual missives with his plan to deepen BlackRock’s ties to China.) This is the conundrum China poses to responsible capitalism.

For two decades, the comforting response to the China conundrum was the assertion that engagement with China is not just good for business, it will hasten enhanced personal freedom and political empowerment, and draw China into global (Western) rule structures. Bill Clinton famously made the case on the eve of the congressional vote on China’s WTO accession: “[W]e have a far greater chance of having a positive influence on China’s actions if we welcome China into the world community instead of shutting it out.” In the same speech, Clinton asked of China, “Will it be the next great capitalist tiger, with the biggest market in the world, or the world’s last great communist dragon and a threat to stability in Asia?” Today, we know the answer is an emphatic, “Yes to both.”

It is time to acknowledge that deep capitalist engagement with China has not only failed to bring about change in Beijing, it has significantly reduced the leverage of Western governments and the private sector to encourage regime softening

It is time to acknowledge that deep capitalist engagement with China has not only failed to bring about change in Beijing, it has significantly reduced the leverage of Western governments and the private sector to encourage regime softening in China and acceptance of global standards of corporate transparency and governance.

A prime example is the policy, begun by Trump and continued under the Biden administration, to cut off U.S. capital flows to Chinese firms linked to the Chinese government and military. One strand of the policy is to delist from U.S. stock exchanges Chinese companies that refuse to permit inspections of their external auditors by the Public Company Accounting Oversight Board (PCAOB). In 2020, Congress passed the Holding Foreign Companies Accountable Act (HFCA Act), which requires the delisting from U.S. stock exchanges of companies whose auditors fail to submit to legally mandated inspections by the PCAOB for three consecutive years. After a single year of non-compliance, a company must certify to the SEC that it is not “owned or controlled by a foreign government.” The statute grew out of frustrations over Chinese government assertions that its State Secrets Law prevents access to the audit reports of Chinese companies, and suspicion in Congress that U.S. investors are funding Chinese companies carrying out Beijing’s technological ambitions.

Unilateral U.S. efforts to delist Chinese companies will be ineffective in cutting off their access to funding, even from U.S. investors.

The HFCA Act is a modest, long-overdue step toward mandating greater disclosure of the links between U.S.-listed Chinese companies and the Chinese government, and the role of the Communist Party in their corporate governance. But the SEC’s regulations implementing the Act’s disclosure requirements betray a serious lack of understanding about the channels of Chinese party-state influence on Chinese firms and are unlikely to accomplish even their limited objectives. More importantly, because capital is global, unilateral U.S. efforts to delist Chinese companies will be ineffective in cutting off their access to funding, even from U.S. investors. Firms facing delisting in the U.S. will receive a hero’s welcome home from Beijing as they float their shares on the Hong Kong and mainland exchanges. Their departure from the NYSE and NASDAQ will often come at a cost to U.S. investors, as their controlling shareholders relist their companies in China at higher valuations. Thus, the principal effect of the HFCA Act is likely to be the deepening of China’s capital markets, a longstanding objective of Beijing.

Also meek is the second strand of the policy, banning trading by U.S. persons in companies placed on a list of “Chinese Military-Industrial Complex Companies” by OFAC, the sanctions office of the Department of Treasury. While the list has resulted in the removal of several Chinese companies from major stock indexes, the policy’s impact is again limited by global corporate mobility and strategic planning. A recent example: Just prior to the planned IPO of Cayman incorporated artificial intelligence leader SenseTime Group Inc. in Hong Kong, its wholly owned Hong Kong subsidiary SenseTime Group Limited was designated as a CMICC. (SenseTime’s technology is widely used by Beijing in domestic surveillance.) According to the legal opinion of SenseTime Group Inc.’s outside counsel, the wholly owned subsidiary’s designation would have no impact on trading in the parent company’s shares by U.S. persons: the parent is a separate entity, and under OFAC’s interpretation, the consequences of designation as a CMICC do not flow up or down to related companies.

Friedman failed to recognize that every form of capitalism is susceptible, in its own way, to serious pathologies of corruption ... unaddressed corporate externalities, and acceleration of social inequality.

Milton Friedman’s (in)famous declaration that the social responsibility of business is to maximize profits within the bounds of the law and social norms does not provide much guidance to capitalists in a world in which capitalism itself has splintered into market and state variants, each with its own norms and institutions. Nor did Friedman envisage a world in which corporations are deeply entwined in the national security policies of their home governments, a development driven by the indispensable nature of technology (and investment in basic research) to both economic prowess and military might, and the centrality of data to virtually every aspect of twenty-first century life. Perhaps more fundamentally, the Friedman doctrine rests on the shaky intellectual foundation of his other highly influential work, Capitalism and Freedom. Friedman failed to recognize that every form of capitalism is susceptible, in its own way, to serious pathologies of corruption (or its close relatives, regulatory capture and lobbying), unaddressed corporate externalities, and acceleration of social inequality. In order for capitalism to be a necessary condition of freedom, it must be paired with effective mechanisms of democratic public governance, but markets do not produce such mechanisms on their own.

It may already be too late to resolve the China conundrum. Twenty years of naïvete about China’s predicted trajectory from communism to capitalism and freedom have severely enfeebled the West’s tool kit vis-à-vis Beijing. At this late date, one thing is clear: Without coordination among the democratic world’s governments, stock exchanges, corporations – and perhaps most importantly, institutional investors – it will be nearly impossible to exert influence on Beijing via policies seeking leverage from global markets. The China conundrum will persist, unresolved, while some of the loudest ESG proponents will continue to soothe themselves with the rhetoric of the responsible capitalist.

This article reflects solely the views and opinions of the author(s). The ECGI does not, consistent with its constitutional purpose, have a view or opinion. If you wish to respond to this article, you can submit a blog article or 'letter to the editor' by clicking here. 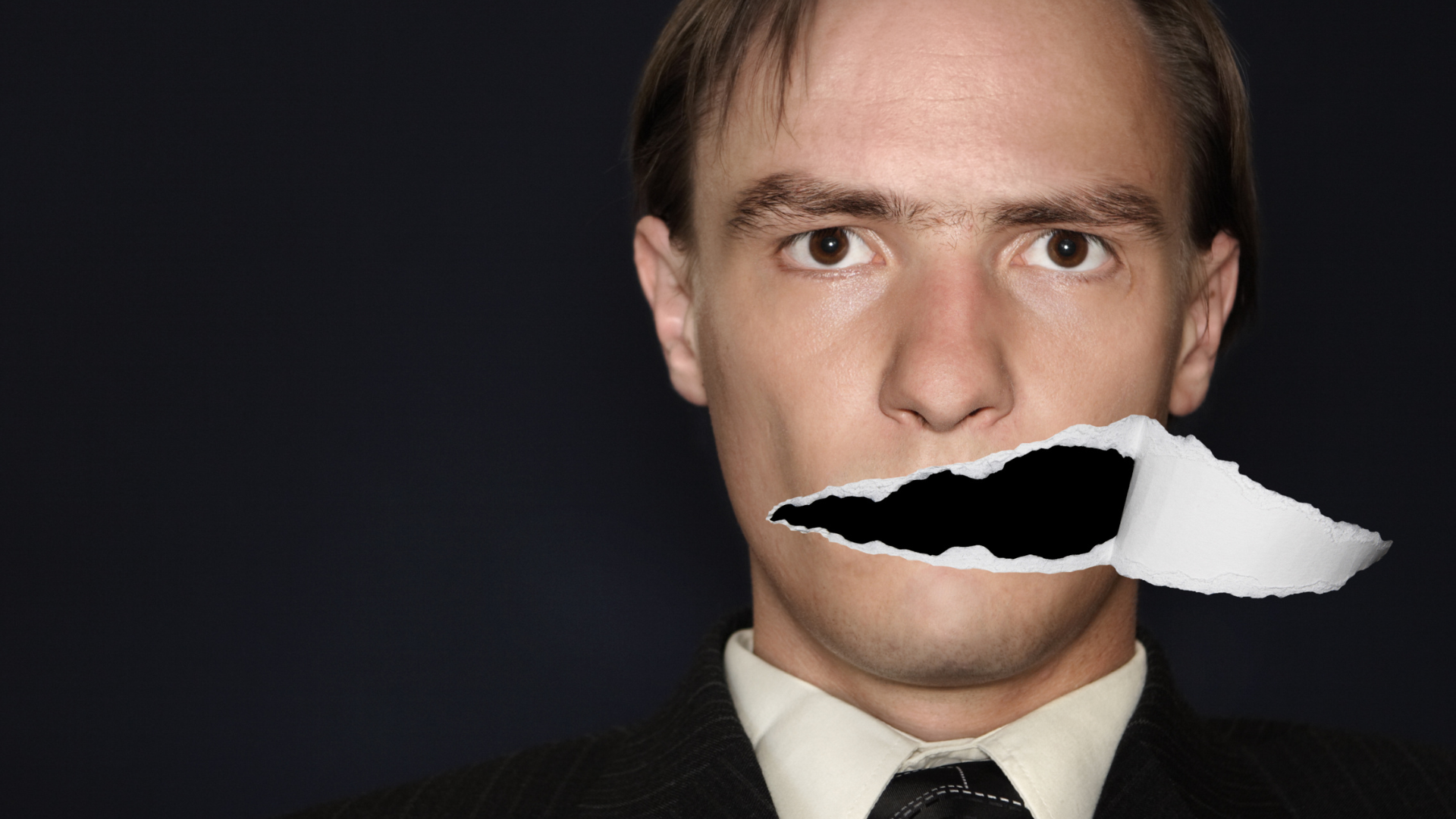 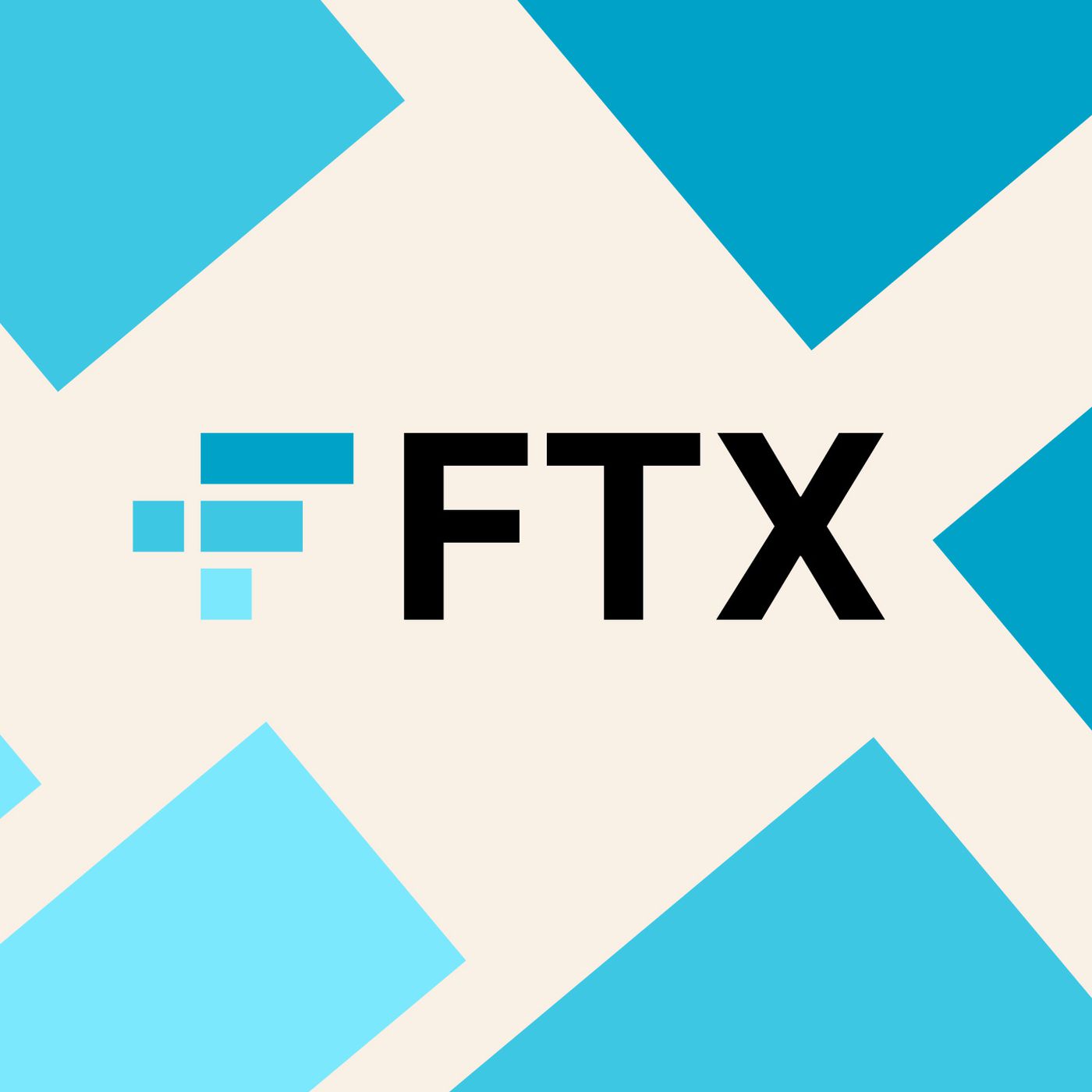 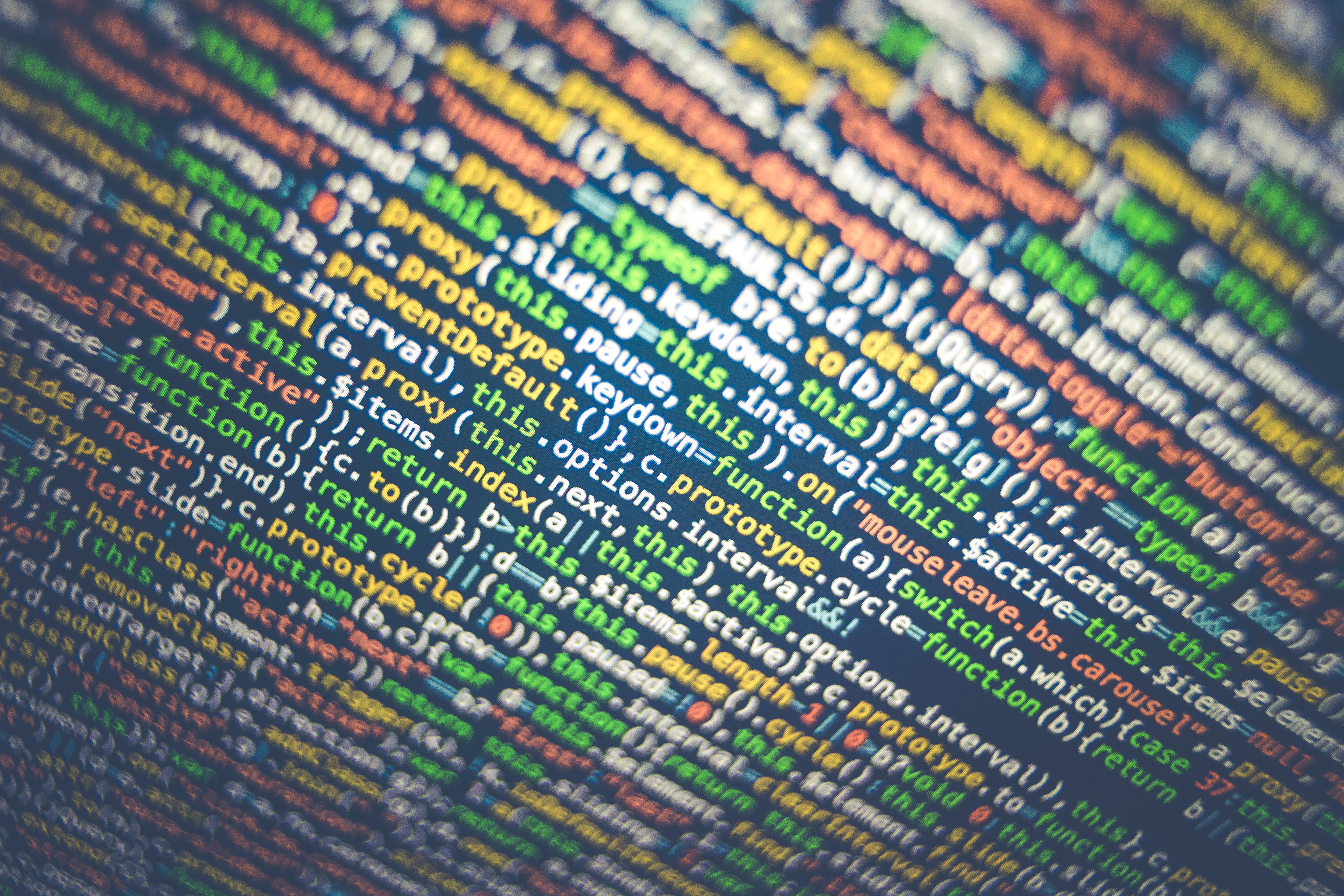