Theory as well as empirical studies suggest that voting at annual general shareholder meetings (AGMs) creates value. Indeed, voting gives shareholders a final say on major company decisions, such as appointments to the board of directors and the approval of takeover offers. It also enables shareholders to show their support the current management or to disagree with the latter. It is then somewhat surprising that, on average, voter turnout at AGMs is only about 60%. Still, the average voter turnout varies across the world with a minimum of 41% for New Zealand and a maximum of 100% for Cyprus. Moreover, the average approval rates for management-initiated proposals vary between 84% and 100%.

We propose the level of trust in others that prevails in a country has an effect on shareholder voting and explains differences in voting patterns across countries. The economics literature (see e.g. Zak and Knack 2001, https://doi.org/10.1111/1468-0297.00609) finds that trust increases economic performance, as measured by GDP per capita growth. The argument is as follows: In high-trust countries economic agents do not have to expend as much time on monitoring each other. Hence, they have more time for productive tasks. Therefore, countries with high trust levels should have better economic performance. By examining whether trust affects the level of shareholder monitoring of management, as proxied by voter turnout at AGMs and support of management-initiated proposals, we perform a more direct test of this argument.

Trust has been shown to vary quite substantially across countries with only 3% of Filipinos trusting others while as 74% of Norwegians agree that others can be trusted. By studying the voting outcomes at ordinary and extraordinary AGMs of companies from more than 40 countries, we find empirical support of our main hypothesis: Shareholders in countries with high trust spend less time on monitoring the management of their companies. 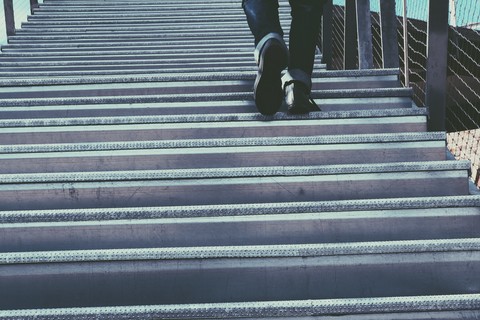 Empirical Studies of Corporate Law and Governance: Some Steps Forward and Some Steps Not

Empirical research on topics of corporate governance has grown tremendously in the past 30 years.  Much of this work has been done by economists in business schools and economics departments, some... END_OF_DOCUMENT_TOKEN_TO_BE_REPLACED 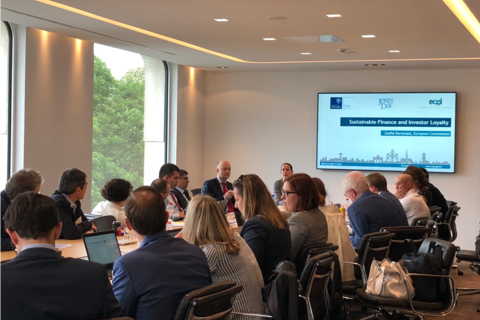 The ECGI Roundtable on Loyalty Shares took place on 18 June 2018 at the offices of Jones Day, Brussels, in collaboration with University of Oxford, Faculty of Law, and the Goldschmidt Chair at the... END_OF_DOCUMENT_TOKEN_TO_BE_REPLACED 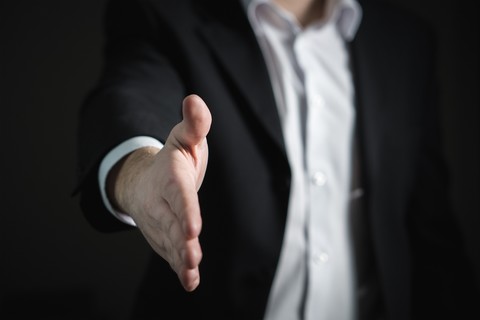 There is an extensive literature in finance, which documents that executive and non-executive directors have an informational advantage when they trade in the shares of their firm. However, even... END_OF_DOCUMENT_TOKEN_TO_BE_REPLACED 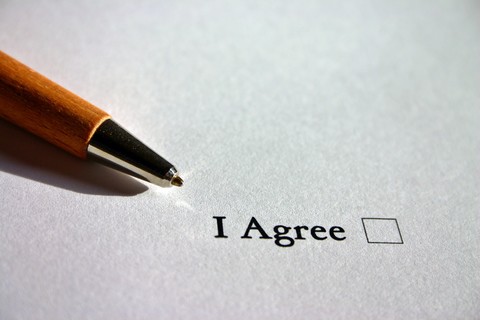 Dual-class voting systems have been widely employed in recent initial public offerings by large American tech companies, but have been roundly condemned by institutional investors and the S&P... END_OF_DOCUMENT_TOKEN_TO_BE_REPLACED 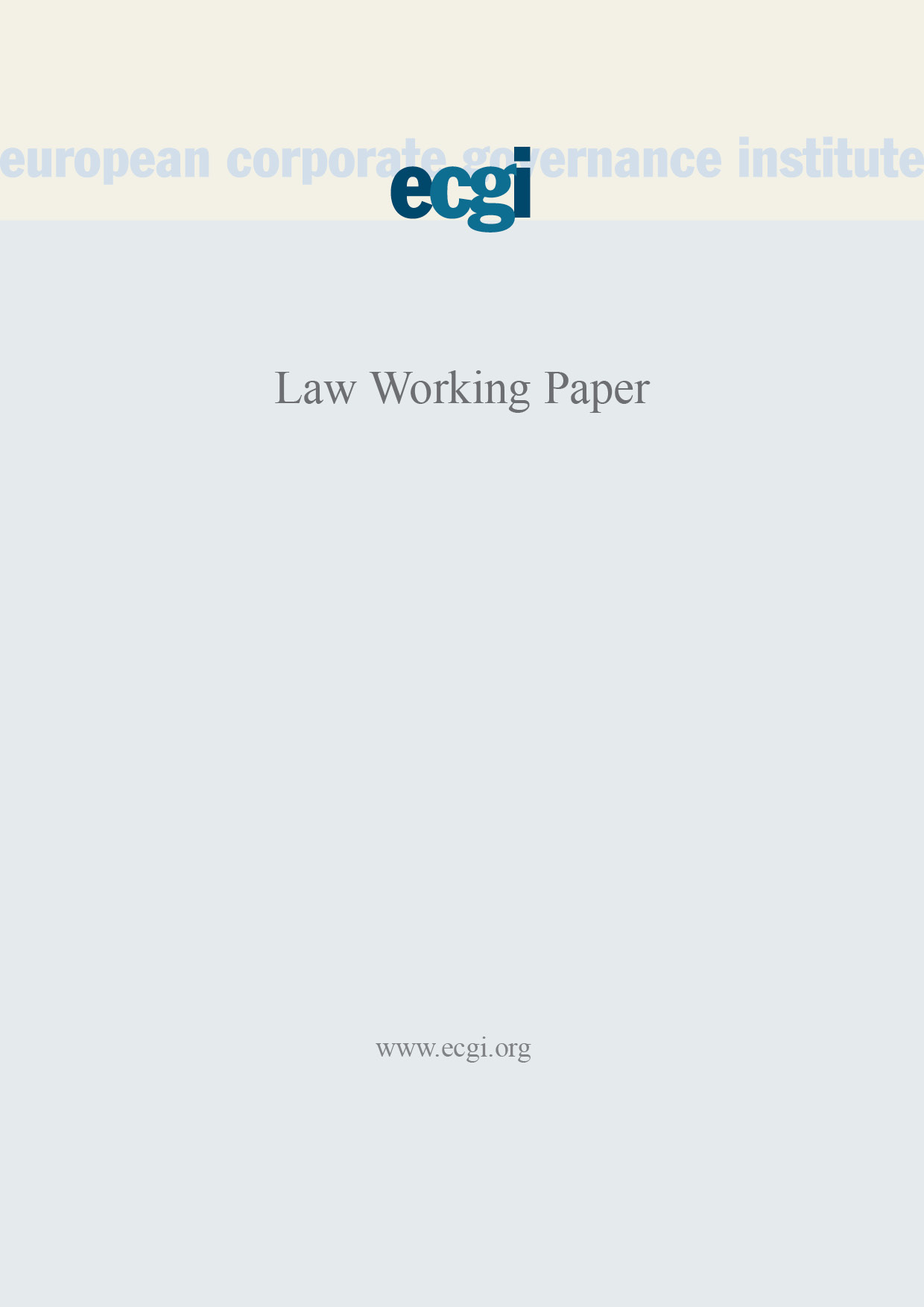 'Say on Pay': Cautionary Notes on the UK Experience and the Case for Shareholder Opt-In 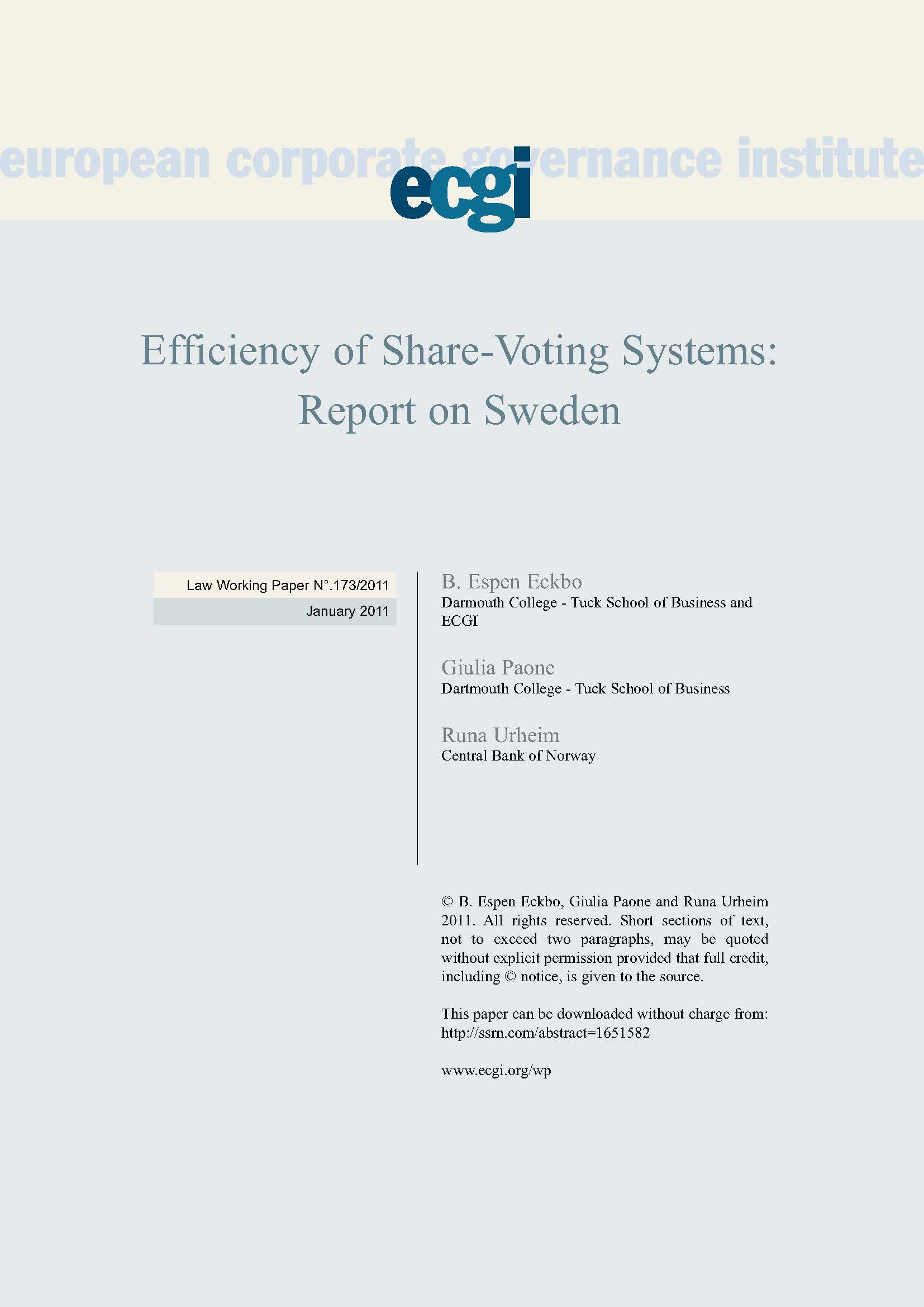 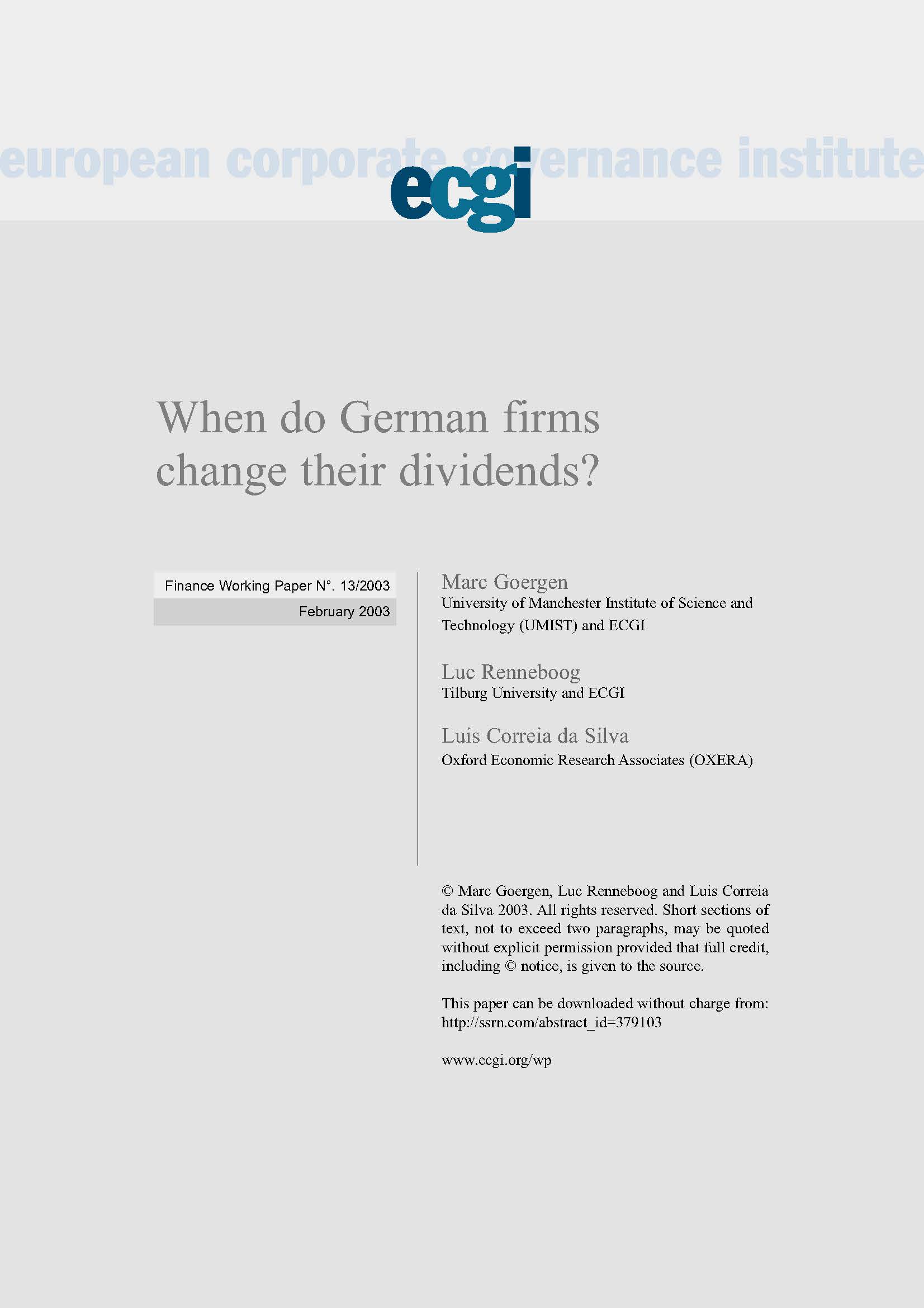 When do German firms change their dividends? 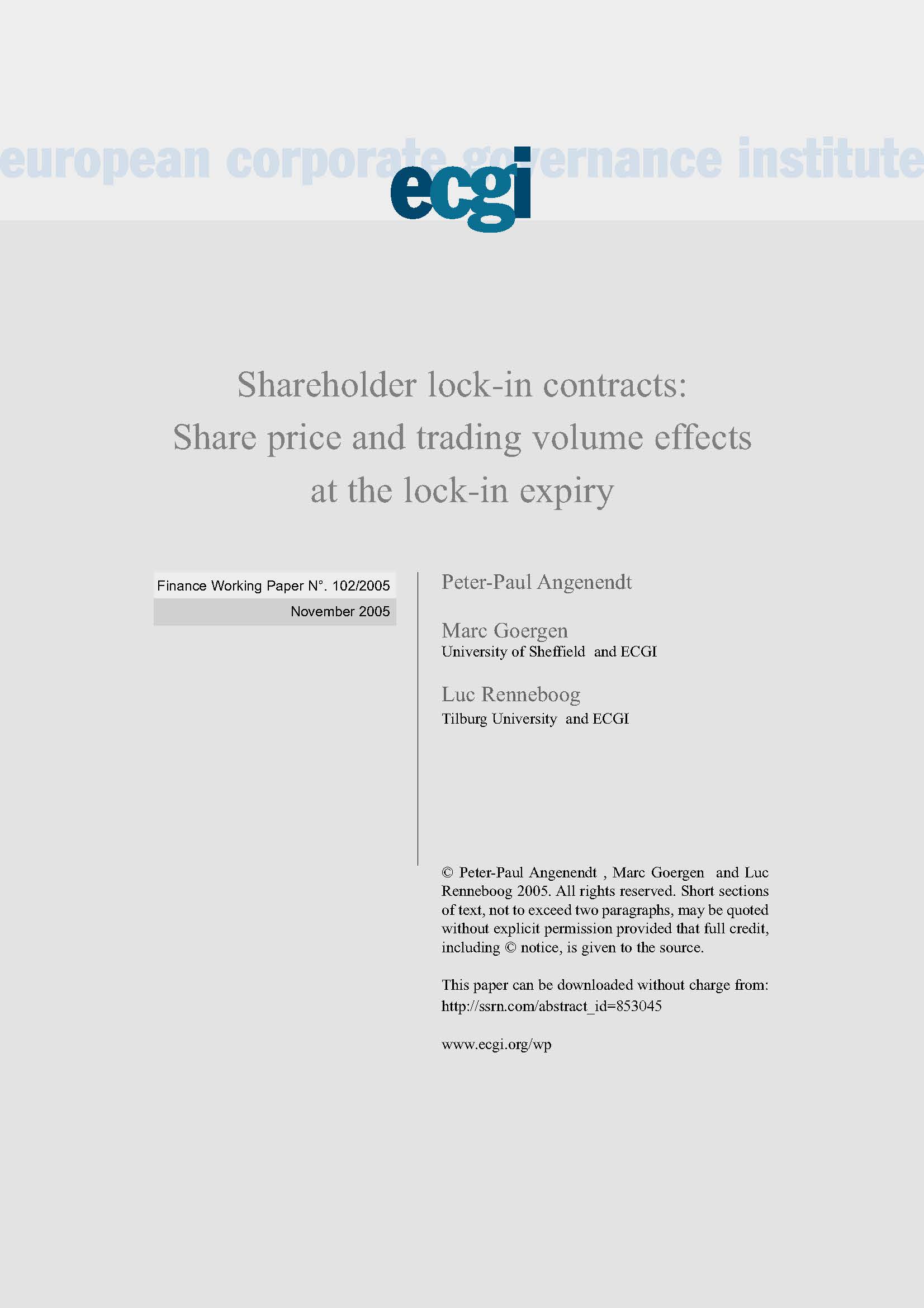 International Comparison of Corporate Governance: Guidelines and Codes of Best Practice in Developing and Emerging Markets 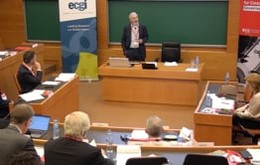 Corporate governance through voice and exit

Prof. Julian Franks (London Business School) presents his paper on "Corporate governance through voice and exit" at the "Corporate Governance And Ownership With Diverse Shareholders" conference at IESE Business School, Barcelona. Discussion of the paper is then presented by Prof. Krishna Palepu (Harvard Business School). The full paper and slides from this presentation can be downloaded here: ecgi.global/content/corporate-governance-and-ownership-diverse-shareholders#!event-programme 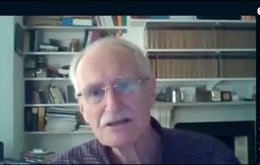 The second part of the online policy workshop on "Directors’ Duties and Sustainable Corporate Governance" took place on 12 November 2020. 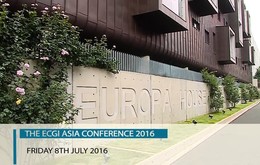 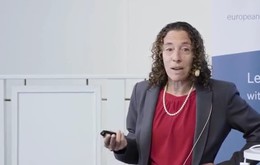 Does Majority Voting Improve Board Accountability? 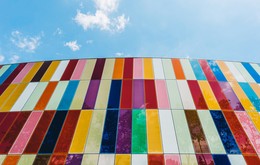 Modern corporate governance is highly fragmented. It has been described as “a braided framework” that encompasses an array of techniques to... END_OF_DOCUMENT_TOKEN_TO_BE_REPLACED 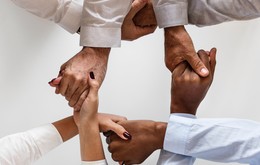 Shareholders and Stakeholders around the World: The Role of Values, Culture, and Law in Directors’ Decisions

Controversies over the right way to handle shareholder and stakeholder relations have never been deeper despite decades of debate. These... END_OF_DOCUMENT_TOKEN_TO_BE_REPLACED 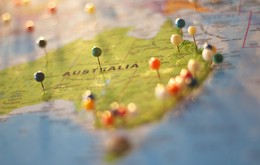 The Protection of Investors and the Compensation for their Losses: Australia

Investor protection is a central policy goal of corporate and securities law around the world. Our recent... END_OF_DOCUMENT_TOKEN_TO_BE_REPLACED 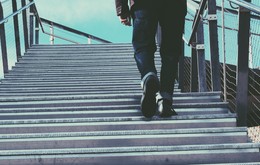 Empirical Studies of Corporate Law and Governance: Some Steps Forward and Some Steps Not

Empirical research on topics of corporate governance has grown tremendously in the past 30 years.  Much of this work has been done by economists... END_OF_DOCUMENT_TOKEN_TO_BE_REPLACED